The Things I'd Miss by Andrew Clover

"If you could change your past, would you?

Lucy is married, she has children, but she is haunted by the feeling that somewhere along the line her life's gone wrong.

One cross, hectic day, she has a car crash, and when she wakes, she is eighteen again and lying beside the man she's always loved - the one she never kissed.

She wants to do it now. She thinks she's in control.

But she's not, and she has far more to lose than she realised."

I'm not entirely sure how I feel about this book.  I found it to be a quick read, but I had mixed emotions about it.  I liked the concept, and the delivery of the story was fairly unique, but I didn't love it.

The Things I'd Miss starts off in the present, and very quickly turns into a car crash (literally), after which the entire book is a series of memories, occasionally intermingled with present day.  It uses the concept of the soul leaving the body and memories to tell Lucy's past.

I thought briefly that the story was going to have elements of 'the butterfly effect' to it, but it doesn't go down that route.

Yes, it might be a reminder that you should treasure the things you have and not worry about the past, that the past probably wasn't all it was cracked up to be and that you shouldn't want to change the past as that would destroy your future, but I personally didn't find it that moving.  I didn't have the chance to get to know Lucy in the first instance, and most importantly, come to like her as an adult, and therefore when I was plunged into her past after only a few pages, I found myself feeling slightly detached.
Posted by Pukkapad at 19:39 No comments:

The Spinning Heart by Donal Ryan

""My father still lives back the road past the weir in the cottage I was reared in. I go there every day to see is he dead and every day he lets me down. He hasn't yet missed a day of letting me down."

In the aftermath of Ireland's financial collapse, dangerous tensions surface in an Irish town. As violence flares, the characters face a battle between public persona and inner desires. Through a chorus of unique voices, each struggling to tell their own kind of truth, a single authentic tale unfolds.

The Spinning Heart speaks for contemporary Ireland like no other novel. Wry, vulnerable, all-too human, it captures the language and spirit of rural Ireland and with uncanny perception articulates the words and thoughts of a generation. Technically daring and evocative of Patrick McCabe and J.M. Synge, this novel of small-town life is witty, dark and sweetly poignant.

I thought I would love this book, what with it being Irish and all.  If I'm honest, that is the only reason that I chose to read it (along with the fact that it was award winning).  The first paragraph is brilliant, typical Ireland and you can hear the Irish lilt in your head as you read it.  It made me laugh. However, the remainder of the book left me feeling lost and bewildered.

The Spinning Heart has 21 chapters, each told by a different person, and in that respect, reminds me somewhat of The Slap by Christos Tsiolkas; a book that I could not engage with in any way and stopped reading after a few chapters. If I'm honest, I wouldn't have got much further than chapter three with this book, had it not been for my mum.  She had read the book previously and wanted me to finish it in order to be able to tell her whether it was just her that felt like she had no clue who anybody was or what had just happened.

Having just finished the book, I took to Amazon to read the other reviews, and I see that overall The Spinning Heart gets five star reviews.  I've skimmed down them, and I feel like these people have read a different book to me.

You do appreciate how the same story differs when told from another persons perspective, but the book, for me, didn't delve deeply into any aspect of the plot and as I have said left me feeling lost and bewildered.  There are questions left unanswered, and I still do not know what relevance certain aspects and characters had to the overall story, other than an understanding of the 'difficult times'.

I am sorry to say that I did not find the book either dramatic or engaging.  I spent most of the time trying to work out who on earth this next character was and how they were linked to the story, and perhaps this contributed to my feeling that nothing really happened.

I certainly wouldn't recommend to someone who is not used to the Irish language (which I myself am).  In addition, you have to concentrate hard to piece the characters together and search deep for the thread that links them all, and even then I'm not sure what exactly it is you gain from reading the story.  Although it is only a short book, at around 160 pages, it isn't a "quick and easy read".

That all said, it appears that many people have read this book and felt that it was the work of a genius.  Maybe I am missing something?

Posted by Pukkapad at 18:56 No comments:

One day a book arrived on my door step, packaged in a black box.  That book was Black Box by Cassia Leo......

"Three fateful encounters... Two heart-breaking tragedies... One last chance to get it right.

Over the course of five years, Mikki and Crush have crossed paths twice. Their first encounter changed Mikki's life forever, but the second left them both buried beneath the emotional wreckage of a violent attack. Mikki is left with more questions and grief than she can handle, while Crush is forced to forget the girl who saved his life.

Now Mikki Gladstone has decided she's tired of the mind-numbing meds. She books a flight to Los Angeles to end her life far away from her loving, though often distant, family.

Crush has always channelled his blackest thoughts into his music. He decides to fly to Los Angeles to record a demo of the only song he's never performed in public; a song he wrote for a girl he doesn't even know: Black Box. He has no expectations of fame and he's never felt like his life had any purpose. until he meets Mikki in Terminal B.

When their paths cross yet again, neither has any idea who the other person is - until they begin to piece together their history and realize that fate has more in store for them than just another love story." 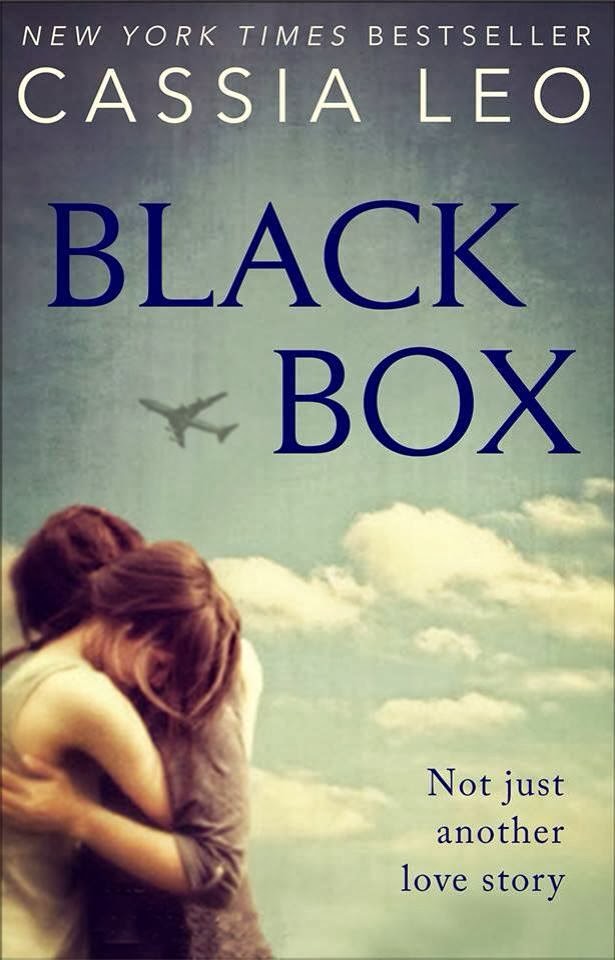 Black Box is the most beautifully tender, soul-clenching story of Mikki and Crush, whose lives were intertwined years ago without either of them knowing who the other really was.  Black Box follows their story in the present day as they meet again, but how long will it take for them to realise who the other is and can they save each other all over again?

With themes of rape, mental illness, self harm, suicide and murder, this isn't a typical love story but ultimately it is the most romantic tale ever. It makes you realise that love isn't everything, but the question is, at the end of the day, is love enough to stay alive for?

I read this book in one sitting, in just a matter of hours and absolutely loved it.  It genuinely made me smile, laugh and cry.  The only downside to the book was that it felt like we had to leave Mikki and Crush too soon!

Thank you to Leanne Oliver at Transworld for the review copy in exchange for my honest opinion of the book.
Posted by Pukkapad at 18:00 No comments: