"Is it a crime to steal a heart?

Hounslow, 1768. Jack Blythe, heir to the Earl of Lampton, is a man with great expectations. So when his carriage is held up by a masked woman, brandishing a pistol and dressed as a gentleman of the road, he wholly expects to have his purse stolen. And when he senses something strangely familiar about the lovely little bandit, Jack also expects to win his cousin’s wager by tracking her down first.

But as Jack and the highwaywoman enter into a swashbuckling game of cat and mouse, uncovering an intricate web of fiercely guarded family secrets, the last thing Jack expects to have stolen is his heart." 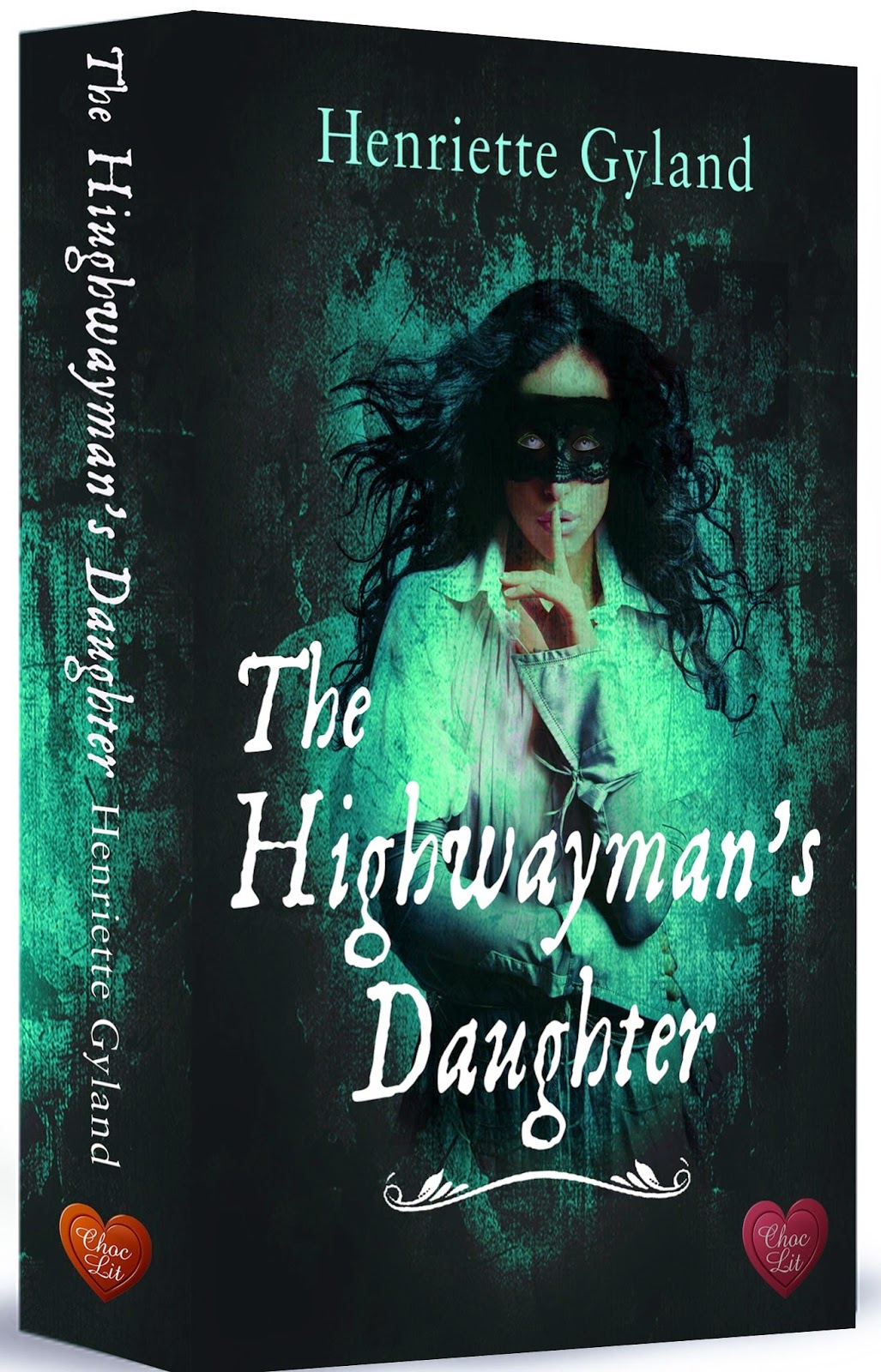 I don't usually read historical fiction, but the cover of this book was just too gorgeous to resist.  The highwayman's daughter captured my heart from the cover alone, so it's no surprise she also captured Jack's heart despite the fact she is holding up his carriage, masked and dressed as a gentleman of the road and threatening him with a pistol.

What follows is Jack's attempt to pursue the highwayman's daughter, firstly to win a bet against his cousin, Rupert, and to turn her over to the magistrates, but ultimately, after he lays eyes on her dressed as herself, because he has such an intense connection with her that he is entirely enamoured with her.

As with all true chick-lit, the ultimate ending is obvious, but the path that leads you there is filled with twists and turns, which make you wonder how on earth this is all going to work out for the best.

The Highwayman's Daughter also has a dark side, as it features an 18th century prison, public executions and loss of loved ones.