Review of Are We Nearly There Yet? by Ben Hatch

When I was approached by Ben Hatch to review his latest book, Are we nearly there yet?: A family’s 8000 miles around Britain in a Vauxhall Astra, I instantly wanted to say yes as I have very vivid memories of sitting in my parents’ car as a small child uttering these exact words. So, that is what I did.

This is what it’s about….


“They were bored, broke, burned out and turning 40.  So when Ben and his wife Dinah were approached to write a guidebook about family travel, they embraced the open road, ignoring friends’ warnings: ‘One of you will come back chopped up in a bin bag in the roof box’.  Featuring deadly puff adders, Billie Piper’s pyjamas and a friend of Hitler’s, it’s a story about love, death, falling out, moving on and growing up, and 8,000 misguided miles in a Vauxhall Astra.” 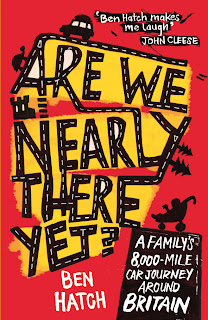 Thanks to Ben (who you can follow on twitter here) and Elly at Summersdale Publishers for the copy!


Ben Hatch makes John Cleese laugh….! It says so on the front of his book.  Well, Ben Hatch makes me laugh too. This book is not one to be read on a train, or anywhere in public where you would like to be perceived as vaguely normal, as you will laugh out loud.  There are plenty of these laugh out loud moments in this book, and not just ones that are funny at the time, but as I sit and recall them hours later, I still giggle to myself! Something will remind me, and I’ll involuntarily laugh, no matter where I am or who I’m with.  One moment in particular involves Ben’s wife Dinah merging (or at least attempting to) onto a motorway and what Ben has taught his daughter, Phoebe, to do.  Look out for it, it’s utter genius – made me laugh all week long, and I think will continue to do so forever!! Also look out for a fear of tortoises, an incident with a toothbrush and a bat combined with some deadly puff adders!


Tim Brooke-Taylor says ‘has hints of the Brit sitcom Outnumbered’ and as I read this I literally said “Ahhh yes, of course!!” The writers of Outnumbered could certainly learn a few things from Phoebe and Charlie! (Ben, perhaps you should take advantage of this?!)


You don’t have to be a parent to appreciate this book; it’s not just about travelling with small children.  It’s about real life and relationships.  It also focuses quite heavily on the grief of losing your parents as an adult, as Ben’s father, Sir David Hatch, is taken ill and sadly passes away during Ben and Dinah’s journey.


Like a cross between a memoir and a novel; this is an absolutely fabulous read. It will make you smile, it will make you laugh and it will move you deeply.  Get yourself a copy and enjoy!


** This book currently has been reviewed 18 times (soon to be 19, when I add my review!) and every single one of those reviews has awarded it 5 stars.  I shan’t be changing that pattern!


I'll also certainly be checking out Ben's other two successful comic novels The Lawnmower Celebrity and The International Gooseberry.

Here are some photos from their journey: 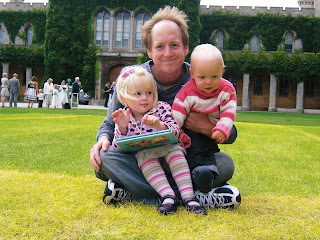 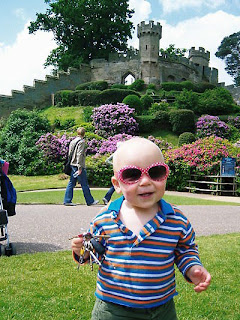 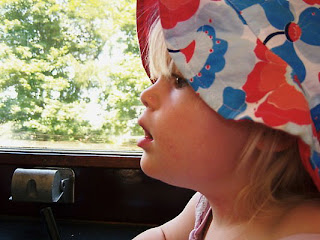 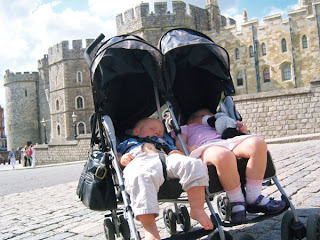 
Available in paperback and Kindle Edition at Amazon.co.uk:
Posted by Pukkapad at 12:46