Christmas at the Cove by Victoria Connelly 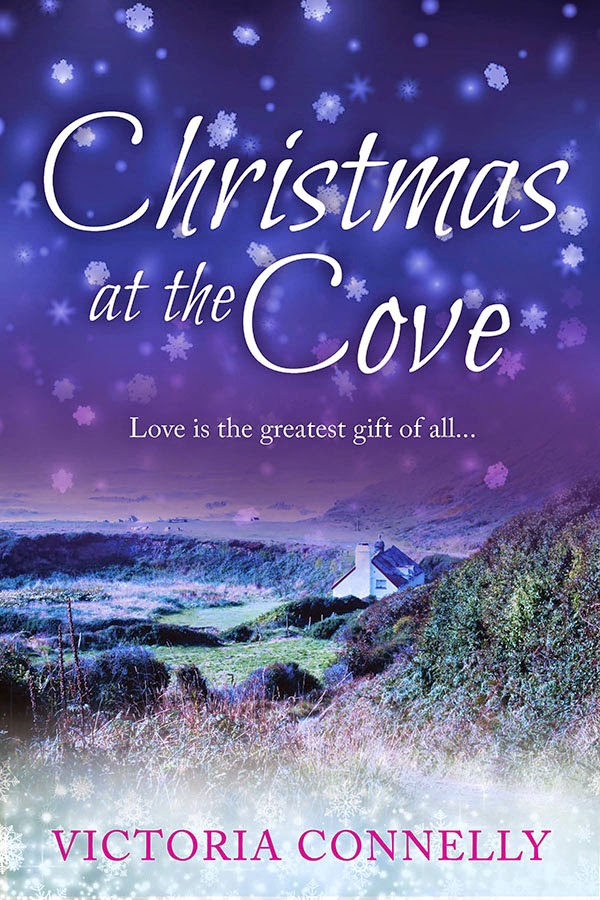 I am starting to gear up for Christmas reading, and one book that caught my eye is Christmas at the Cove, a novella by Victoria Connelly.  I think the cover is beautiful and, for some reason, I'm always drawn to books that are set in Cornwall or Devon - they always seem to make such fabulous love stories.

"When Millie Venning escapes to her aunt's cottage on the windswept Devon coast for Christmas, she isn't looking for romance. So, when she finds a handsome stranger already at the cottage, she's baffled. Has her aunt double-booked the cottage by mistake or is she up to her match-making tricks once again? "

The plot reminds me a little of Sue Moorcroft's The Wedding Proposal.  Lets hope it is just as good!!

Victoria has provided an exclusive extract from Christmas at the Cove:


"Cove Cottage wasn't the sort of place one found without either a map or a set of foolproof directions. Leaving the main road and taking a little lane which ran through a dark wood, only the most observant would notice a gap in the trees and the pothole-ridden track which declined steeply towards the sea. Lined with thick gorse which blazed the richest yellow whatever time of year it was, the track twisted and turned as it descended, with steep cliffs rising to the right and acres of thick bracken to the left. It was a wild, windswept place which blew away the cobwebs and entered the soul of all who visited.
Slowing down as she reached the wood, Millie looked out for the gap in the trees, turning slowly into it. The track was wet and muddy and she could see more snowflakes in the headlights. At least she was nearly there, she thought.
Turning the last corner, she caught her first glimpse of Cove Cottage which was strange because she shouldn't have been able to see it at all.
'The lights are on,' she said aloud, turning the car to park it on the grass beside an old outbuilding used to store wood for the stove in the living room. Perhaps Aunt Louise had asked the cleaner to leave the lights on for her.
She switched the car engine off and, for a moment, sat in the dark. If the light hadn't been on in the cottage, it would have been pitch black. Luckily, she'd remembered to bring a torch with her and she fumbled for it now in the depths of her handbag.
As soon as the car door was open, she heard the roar of the wind and relished the freshness of the air that whipped around her. The snow had stopped and Millie craned her neck back and smiled as she took in the immensity of the night sky above her sewn with a thousand stars. That was one of the things she missed when living in the city. As beautiful as Bath was, the street pollution didn't allow one to admire the glorious star-spangled heavens. But the intense cold soon got the better of her and, grabbing her suitcase, she followed the thin beam of the torch towards the front door.
Fishing in her pocket for the key which she'd collected from her aunt earlier that day, Millie slotted it into the lock only it didn't turn. She tried again. And again. She was quite sure she'd got the right key because it was on the funny little keyring with the picture of an Exmoor pony on it.
Then something occurred to Millie. There must be a key in the lock on the inside. Was the cleaner still there waiting to greet her? Millie supposed it was possible and so knocked on the door.
But it wasn't Mrs Jemison who opened the door a moment later. It was a tall, dark-haired man.
'Can I help you?' he asked, stooping in the doorframe.
Millie stood staring at him in wide-eyed horror, her long fair hair blowing around her face. 'Who on earth are you?' she cried."

You can grab yourself an ebook copy of Christmas at the Cove in time for Christmas here
Posted by Pukkapad at 18:00