A review of What Women Want by Fanny Blake

** What the back of the book says **
Friends for life. Then he came along…


Bea’s contending with a new boss, power-hungry colleagues and a stroppy teenage son, not to mention the anxieties of returning to the dating game.
Stressed-out Kate is coping with an empty nest and the growing realisation that her marriage has lost its shine.
Finally, Ellen, who has devoted herself to her children and her art gallery following her husband’s death, is falling head over heels in love with Oliver.
They have always known that they can depend on each other, no matter what.  But with Oliver in their midst, will their friendship survive? 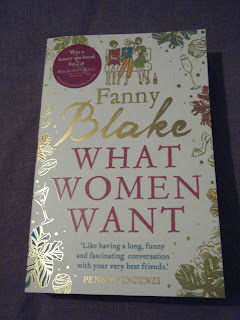